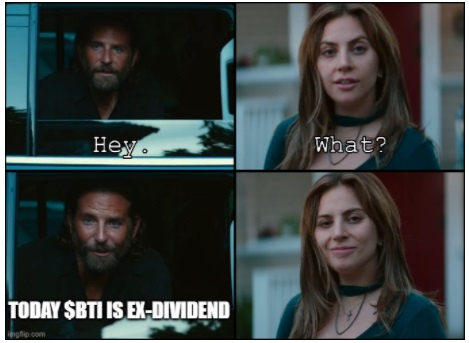 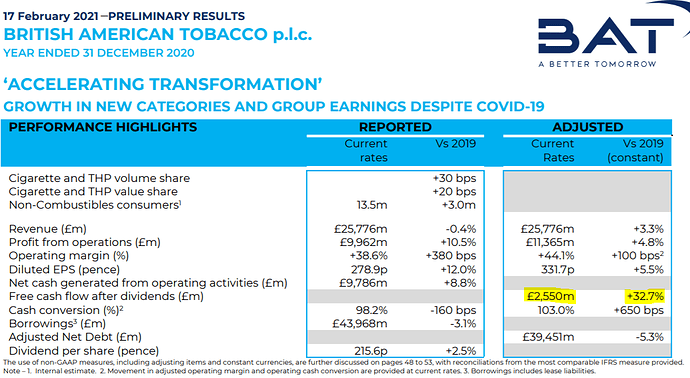 British American Tobacco reported full-year 2020 results essentially in line with our forecasts. We are reiterating our GBX 4,300 fair value estimate and wide moat rating. The stock remains materially undervalued, in our opinion, but a disparity is emerging in the long-term outlook between Philip Morris International, which dominates the heated tobacco category, and its competitors. While we think the cash flows from the core cigarette business are being underappreciated, we would prefer to see a bolder vision for migrating consumers to next generation products.

BAT’s revenue grew by 3.3% on a constant currency basis, narrowly below our estimate. Price/mix of 7.3% was again very strong and well above that being generated by large caps in other consumer product categories. The volume decline of 4.5% was in line with our forecast. We take three positives from the report. First, the better balance between volume and price/mix, following the 10% increase in price/mix in 2019, if sustained, is likely to moderate volume declines. Second, the underlying margin improvement of 100 basis points was impressive, given that the sharp contraction in the travel retail business is likely to be margin dilutive, driven by GBP 660 million in realized cost savings. Third, cash conversion was also strong, with free cash flow of GBP 2.5 billion allowing for a small amount of deleveraging, with net debt/EBITDA dropping to 3.3 times from 3.5 times last year, a modest increase in the dividend of 2.5%, as well as some organic investment in the product pipeline.

We do find the company’s medium-term outlook to be underwhelming, however. Management stuck to its target of GBP 5 billion (USD 6.9 billion) in net revenue to be generated from new categories by 2025, which would represent 18% of revenue if sales grow at a 1.4% CAGR over the next five years. For context, PMI achieved that in 2020 and expects to generate more than half of its revenue from new products over the same timeframe.