In tobacco we trust

LONDON (Reuters) - British American Tobacco on Thursday said it would test launch its Eclipse tobacco heating product in the United States within the next 12 months, giving it a head start in a highly competitive market.

BAT said it received a “substantial equivalence” clearance from the U.S. Food and Drug Administration for an improved version of its carbon-tipped tobacco heating product called Eclipse, a major regulatory hurdle that it says clears the way for it to test the product in the next 12 months.

“This means it will be first to the market ahead of IQOS,” Jefferies analyst Owen Bennett said, referring to Philip Morris International tobacco heating device.

“It remains to be seen how popular heated tobacco will be in the U.S. but being first … positions it well.”

A similar application for its Glo device, filed in February, has passed into scientific review, it said.

In addition, the company said it expects a scientific hearing regarding its Camel Snus to take place in September.

The maker of Lucky Strike and Dunhill cigarettes said it remains confident of exceeding 1 billion pounds of reported revenue from next generation products this year, as new launches should bolster growth in the back half of the year, following a slowdown in some key markets such as Japan and Korea.

In the first half of the year, BAT reported sales of 11.64 billion pounds, roughly in line with analysts’ average estimate according to Thomson Reuters data.

Adjusted earnings per share were 137.2 pence, ahead of expectations. Its shares were up 5.2 percent at 0900 GMT.

BAT said foreign exchange rates were a headwind of 8 percent in the first half of the year and are estimated to hurt sales by 5 to 6 percent for the full year, during which it anticipates another good year of adjusted earnings growth at constant rates of exchange.

British American Tobacco’s (BATS) share price plunged by 11.4% to £31.06 following a report in the Wall Street Journal which said that the US Food and Drug Administration wants to ban menthol cigarettes.

BAT owns Newport, which is the biggest methol cigarette brand in the US.

The WSJ reports that menthols represented 55% of BAT’s US cigarette sales by volume in its last financial year.

BATS falling the most in 19 yrs post US news.

“BAT is the most exposed name to the potential risk,” wrote Richard Taylor, an analyst at Morgan Stanley who estimates that U.S. menthol cigarettes account for 25 percent of total earnings.

Imperial Brands Plc declined as much as 5 percent. The Winston maker gets about 15 percent of earnings from menthol cigarettes in the U.S., according to Jefferies. The proportion is about 20 percent for Altria Group Inc., which sells Marlboro in that market, according to the firm.

Looking at the individual stocks, the analysts said: “BATS is arguably the most disadvantaged by changes in the US cigarette landscape.”

They pointed out: “Not only is the company the market share leader in menthol (which now faces legitimate regulatory risk), the company has also experienced meaningful market share losses in the ecigarette category for its Vuse offering.”

The analysts said an “offset from more stable volumes internationally should be somewhat helpful” and they also raised their 2019 and 2020 earnings per share (EPS) estimates for BAT on currency factors. 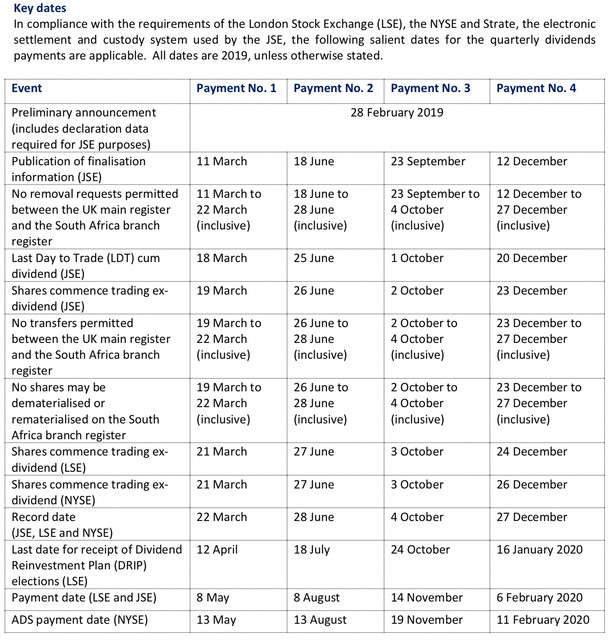 British American Tobacco is to take a charge worth over GBP400 million related to its lost Quebec appeal, the company said. The Quebec Court of Appeal last Friday dismissed an appeal by three tobacco companies against a CAD15.6 billion judgement against them in class action lawsuits that have been running for some 20 years. Imperial Tobacco Canada, now believes the recoverability of this money is less than certain, so BAT will take a GBP436 million provision on its 2019 balance sheet. This will not, BAT stressed, impact its ratio of adjusted net debt to adjusted earnings before interest, tax, depreciation, and amortisation, and will also not hurt cash flow. Imperial Tobacco Canada is still planning on appealing the judgement to the Supreme Court of Canada.