May 5 Australia’s competition watchdog said on Friday it will not regulate the nation’s mobile roaming market, in a favourable draft ruling for the country’s biggest telco, Telstra Corp Ltd, which can keep rivals from using its infrastructure.

There was “insufficient evidence” that regulating the market would improve competition, the Australian Competition and Consumer Commission chairman Rod Sims said in a statement, adding that a final decision is due mid-year.

Telstra, a former government-owned monopoly, operates Australia’s most extensive mobile network, and has argued against having to share its regional network with rivals such as Singapore Telecommunications’ Optus and and Vodafone Group at commercial rates.

The company had been lobbying strongly against government regulation of the mobile market, as it would hurt earnings and erode the benefits of a A$3 billion ($2.2 billion) mobile network upgrade Telstra announced last year.

The draft decision comes three weeks after Telstra stock was roiled by competitor TPG Telecom announcing it would build its own mobile network to rival Telstra’s.

Telstra shares have slumped for a few reasons. Most of them are <i>perceived </i>threats to its status as the number-one telecommunications business in Australia.

The first is the NBN, or National Broadband Network. It is taking away Telstra’s ability to charge other telcos for access to its copper network. That means Telstra’s profit margins in fixed services like voice and broadband will fall.

In mobiles, Telstra’s leading business, <b>TPG Telecom Ltd</b> (ASX: TPM), Optus and Vodafone are pushing harder than ever for a bigger slice of the pie. TPG, for example, is rolling out a high-speed mobile network in densely populated areas only, presumably for a cheap price.

While these threats are starting to play out, Telstra is forecasting a $3 billion reduction in its operating profits over coming years.

Investors often underestimate how much easier it is to buy a good business than build one from scratch. But here’s a brief bull case for Telstra shares…

Telstra is being paid by the Government to give up its 100-year-old copper cable network, which was only becoming less valuable if you ask me.

Foxtel is a smallish part of its business, so it won’t be a game-changer if Netflix wins that fight.

And currently, most people <i>know </i>Telstra is the most expensive mobile phone provider — but they still pay up for the right to access its network. In other words, bulls might say Optus and Vodafone will be hurt more by TPG’s push into mobiles.

That’s why it is important to weigh up the pros and cons for yourself. If you think Telstra’s mobiles business is here to stay, with Foxtel and broadband producing decent cash flow — Telstra shares might be a good buy at these levels.

"In a presentation to shareholders on 17 October, the company revealed it is set to forge ahead with its plan to hand out a certain percentage of the payments it expects to get from the company behind the National Broad Network (NBN), nbn, in relation to the transition of the telco’s customers across to the NBN.

Now, the company has said it will return in the order of 75 per cent of net one-off NBN receipts to shareholders over time through fully franked special dividends"

Telstra has warned investors to brace for a profit at the lower end of its guidance range, but remains committed to a 22-cent total dividend payment. 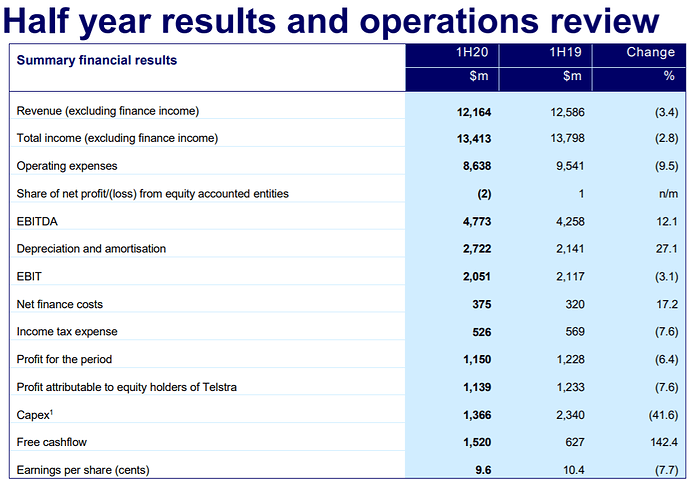