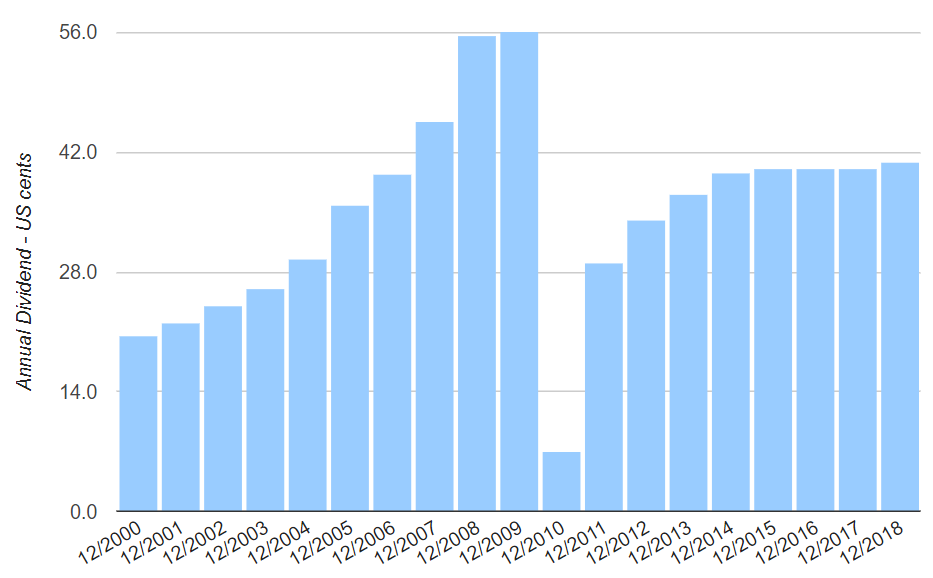 Jajajaja a mi me quedan 40 años… 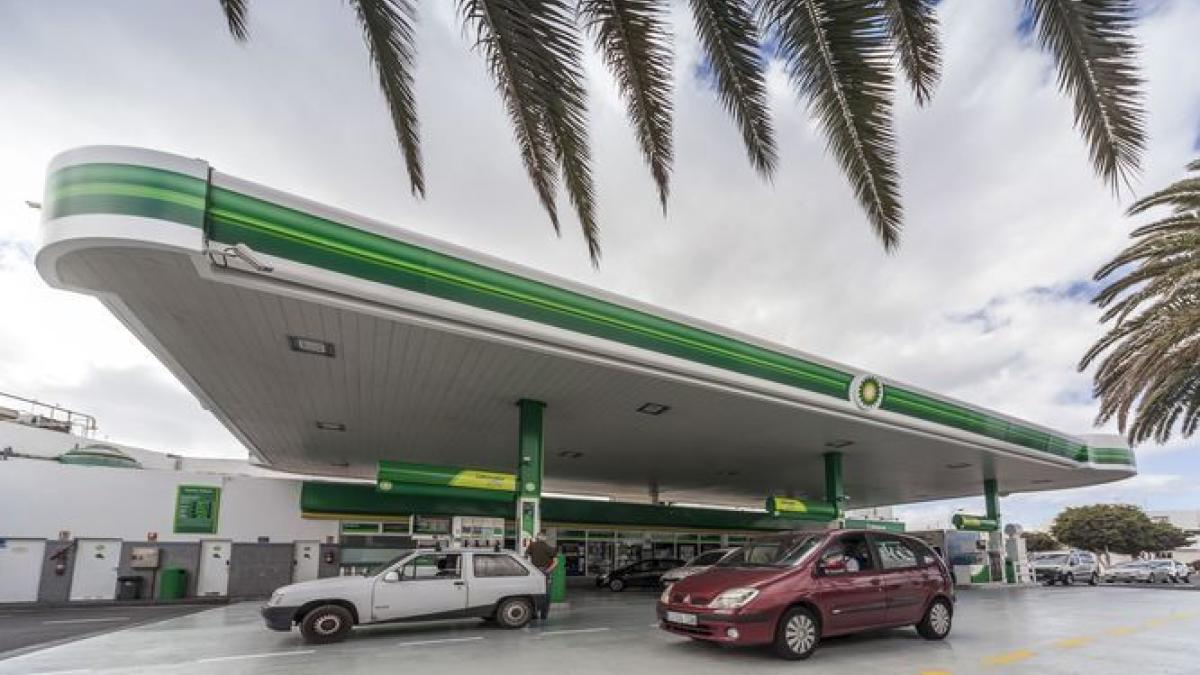 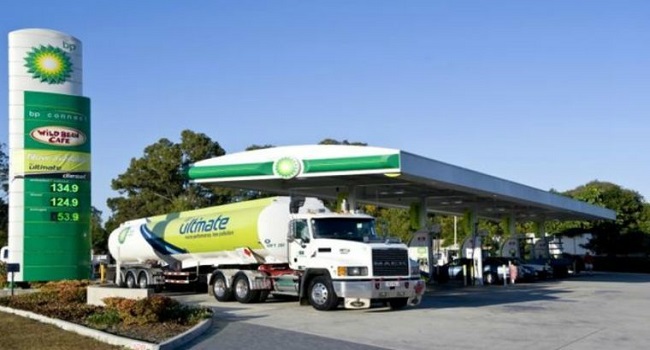 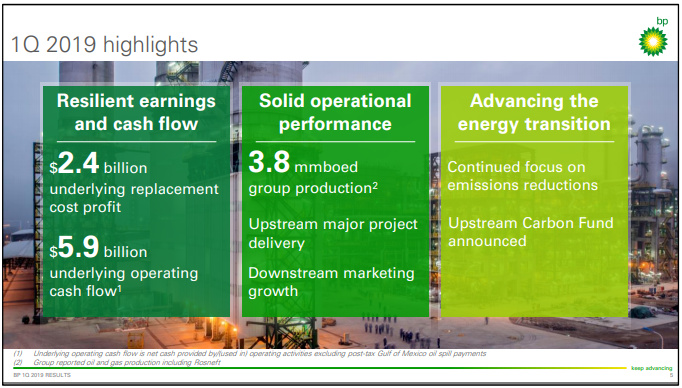 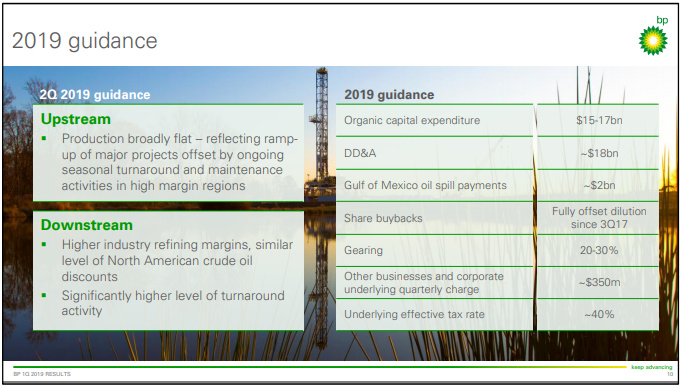 Turning to guidance
Looking to the third quarter, we expect Upstream production to be lower than in the
second quarter due to seasonal turnaround and maintenance activities, including in the
North Sea, Angola and Gulf of Mexico. As well as weather impacts in the Gulf of
Mexico, where we experienced 14 days of production disruption associated with
Hurricane Barry.
In the Downstream, we expect a lower level of turnaround activity and lower industry
refining margins.

At the mid-point of the year we are maintaining our full-year 2019 guidance:
– We expect organic capital expenditure to be in the range of $15-17 billion and the
DD&A charge to be around $18 billion
– Gulf of Mexico oil spill payments are expected to be around $2 billion
– Assuming recent average oil prices, we expect gearing to trend down through the
second half of the year back into the 20-30% range
– We expect to continue our share buyback programme, and to fully offset the
impact of scrip dilution since the third quarter of 2017 by the end of the year
– In Other Businesses and Corporate, the average underlying quarterly charge is
expected to be around $350 million, although this may fluctuate between individual
quarters; and
– In the current environment, the underling effective tax rate is expected to remain
around 40% The settlement reached with the United States federal government and Gulf states in 2016 was a major step for BP in putting the 2010 Deepwater Horizon accident behind it. While BP remains on the hook for $23 billion, to be paid over the next 17 years, the recognition of a reliable estimate for all remaining liabilities removes a key element of uncertainty for the company. With $2.0 billion to be paid in 2019 and about $1.0 billion per year thereafter, the major outlays are behind BP and the company should be able to meet its liabilities with proceeds from targeted asset sales of $10 billion through 2019-2020. A relatively low hurdle, as the recently announced disposal of Alaska assets to Hilcorp Alaska for a consideration of $5.6 billion means BP could achieve its $10 billion in divestitures by the end of 2019.

BP is now turning its focus to positioning itself to compete in a world of lower oil prices. Its first step has been to improve its cost structure and reduce its capital outlays so that it can cover its dividend at $55 per barrel of oil. With that level achieved, we expect break-even levels to continue trending downward to below $50 by 2021.

BP has already realized cost reductions of $7 billion, or 20%, from 2014 levels, primarily in the upstream segment, where it reduced the workforce by a third. With the firm already one of the lower-cost producers of its peer group, cost reductions will improve margins further.

Meanwhile, organic capital spending will fall to $15 billion-$17 billion per year on average until 2021, a sharp reduction from the peak in 2013 of nearly $25 billion. At this level, BP will continue to invest the least among the peer group for its level of production. However, it will continue to grow through a mix of projects already under construction or nearing completion and those that have qualified for a final investment decision due to cost reduction. In total, BP plans to add 800 thousand barrels of oil equivalent of new gross production capacity by 2020, 85% of which is at least under construction. With these new volumes sporting margins 35% higher than the existing portfolio, BP’s upstream margin should improve further over time.

We have upgraded our economic moat rating to narrow from none. Our moat argument rests on a higher degree of confidence in the ability of BP’s integrated model to deliver excess returns at our midcycle oil price of $60/bbl. Our confidence stems from an improving upstream cost position and a strong downstream competitive position capable of supporting returns through the commodity price cycle. While we don’t forecast returns reaching the levels they did when oil prices were $100/bbl, we think the integrated model is able to deliver excess returns, albeit at a lower level, that are sustainable through the cycle. In other words, while returns are of a lower magnitude, they are durable. We also recognize a change in capital-allocation discipline and cost focus among the management team and the organization, which should prevent the capital-allocation errors and escalating costs that caused returns to deteriorate during the last cycle.

BP was already underway in reshaping its upstream portfolio by the crash in oil prices in 2014 to raise funds for its liabilities related to the Macondo incident. While the fallout from that incident did somewhat prevent it from chasing the megaprojects that resulted in much of the overspending of the error, it did experience greater operating cost inflation while being entangled in controversies with its Russian position. Since 2014, cost-improvement initiatives have reduced production cost by 40% and are now within sight of 2010 levels, with additional progress possible. It has also reduced capital spending per barrel by nearly 50% by improving its operating performance in offshore drilling, for instance, and capitalizing on the same standardization and simplification that had reduced costs for peers, as well as improvements in its own supply chain. Even at a much lower level of capital spending, BP should still be able to deliver high-margin production growth at a 5% compound annual growth rate through 2021. Also, about 20% of BP’s total production comes from its 20% ownership in Rosneft, which holds relatively low-cost reserves in Russia. While returns on capital will remain relatively low at 9% during the next five years, they should continue to improve over time as the newer, higher-margin, less capital-intensive projects become a larger portion of the portfolio.

BP’s divestiture push also affected its downstream portfolio, with refining capacity now 30% below 2010 levels. The result is a smaller but higher-quality portfolio with an average refining size of nearly 250 mb/d and a portfolio complexity rating of 10.7 by our estimates. Forty percent of its capacity is in the U.S., with the bulk in the midcontinent, leaving it well positioned to capitalize on cost-advantaged crude and low-cost natural gas. While half of its capacity sits in Europe, the facilities are large and complex. BP also has large marketing, retail, and lubricants operations. While these businesses might not be able to carve out a moat individually, given the lack of competitive advantage (namely switching cost), as part of an integrated model like BP’s, they offer additional opportunities to capture economic rents along the value chain and leverage its existing manufacturing and trading operations. Additionally, BP is investing in expanding these businesses in emerging markets in Mexico, China, and India, where growth is expected to be stronger than in the U.S. and Europe. Arguably, BP is weaker in petrochemicals than peers, with pretax earnings contributing less than 5% on average to total downstream earnings over the past five years. However, given the more concentrated refining position and investments in relatively low-capital-intensity marketing operations, we expect downstream returns to improve to 14% during 2019-23 compared with 6% during 2010-14.

We are maintaining our fair value estimate of $52 after incorporating the latest financial results and updated oil price deck into our model. This corresponds to a forward enterprise value/EBITDA multiple of 6.1 times our 2019 EBITDA forecast of $35.3 billion.

Our fair value estimate is derived using Morningstar’s standard three-stage discounted cash flow methodology. With this methodology, a terminal value is derived using our assumptions for long-term earnings growth and return on new invested capital. This valuation methodology also more explicitly incorporates our moat rating, which reflects how long we expect a given firm to deliver excess returns on invested capital from a discounted cash flow analysis.

We forecast production to grow 3.0% on average during the next five years, resulting in a CAGR of 5% for 2016-21, in line with management’s guidance. The strong growth outlook marks a change from the past several years, when divestitures and field declines resulted in falling volumes. We forecast downstream earnings to increase thanks to cost improvements in refining and investments in marketing expansion.

BP’s uncertainty rating is high, based on the outcome of our scenario analysis. Its Gulf of Mexico liabilities contribute to a higher rating than most peers.

BP’s profits and cash flow are largely tied to hydrocarbon production and highly leveraged to movements in the price of oil. Periods of prolonged low oil prices weaken returns on capital, and new oil and gas projects would be unlikely to generate their projected economic results. BP employs huge amounts of capital in building out its production portfolio, and cost overruns and/or completion delays are continued sources of uncertainty. Greater reliance on highly technical projects is likely to increase these risks.

BP also has a history of large-scale accidents, including the Macondo well blowout in the Gulf of Mexico and the Texas City refinery explosion. These types of incidents typically result in large losses and financial penalties.

With respect to BP’s 20% interest in Rosneft, the firm’s status as a Western company that holds such a large stake in Russia’s national oil company creates significant sovereign risk that peers do not have.

CEO Robert Dudley took over in late 2010 in the wake of the Gulf of Mexico incident after a long career that has included a variety of roles with the company. His initial task was to improve safety and governance at BP, which has demonstrated poor judgment and lax operating controls in a number of incidents during the past 15 years. In addition to the Gulf of Mexico blowout, these incidents include a pipeline leak in Alaska, a fine for trying to corner the propane market, and an explosion at its Texas City refinery. Though BP has yet to suffer another material event and has overhauled its processes, only time will tell if Dudley’s efforts have been successful.

On his more immediate task of improving BP’s cost structure, he has demonstrated more success. Production costs have been reduced nearly to 2010 levels, and further improvement is possible. Meanwhile, efforts to reduce new project costs are allowing BP to proceed with final investment decisions on several projects, ensuring future growth. With break-even levels reduced to $50/bbl, the dividend is secured and growing.

BP’s acquisition of BHP’s U.S. onshore unconventional assets for $10.5 billion marks Dudley’s largest deal to date. Although the deal looks a bit pricey, it fills a hole in the company’s portfolio and opens an additional avenue of liquids growth. BP is also better suited today to manage the portfolio than it was few years ago after separating its U.S. onshore business and improving performance.

CEO Robert Dudley will step down in February 2020 and will be succeeded by Bernard Looney, currently chief executive of the Upstream segment at BP. Looney has already indicated he will step up investments pertaining to renewables and low carbon energy in response to mounting pressure from the public and investors. The change in leadership has lead to a postponement of the strategic update originally planned for November 2019.

Despite the numerous operational issues, we award BP a Standard stewardship rating.

Though BP has yet to suffer another material event and has overhauled its processes, only time will tell if Dudley’s efforts have been successful.