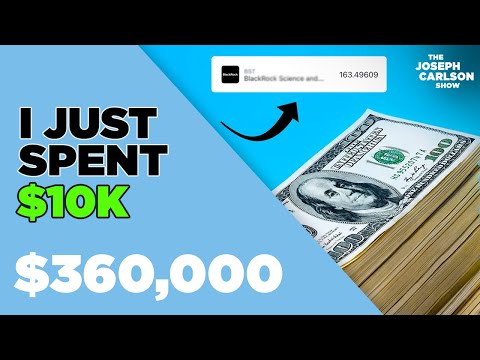 A lot of people here are interested in CEF’s. John Hunter has done to CEF’s what David Fish had done to the CCC list. He’s put in a lot of work to keep it updated and it is filled with valuable information, just as the CCC list is.If this link doesn’t work, I’m sure he will provide one that does.

This link is the directory with prior months, if interested…

Founded in 1997, Gladstone Land is a publicly traded real estate investment trust that acquires and owns farmland and farm-related properties located in major agricultural markets in the U.S. and leases its properties to unrelated third-party farmers. The Company, which reports the aggregate fair value of its farmland holdings on a quarterly basis, currently owns 127 farms, comprised of approximately 94,000 acres in 13 different states, valued at approximately $1.0 billion. Gladstone Land’s farms are predominantly located in regions where its tenants are able to grow fresh produce annual row crops, such as berries and vegetables, which are generally planted and harvested annually. The Company also owns farms growing permanent crops, such as almonds, apples, figs, olives, pistachios, and other orchards, as well as blueberry groves and vineyards, which are generally planted every 10 to 20-plus years and harvested annually. The Company may also acquire property related to farming, such as cooling facilities, processing buildings, packaging facilities, and distribution centers. The Company pays monthly distributions to its stockholders and has paid 93 consecutive monthly cash distributions on its common stock since its initial public offering in January 2013. The Company has increased its common distributions 20 times over the prior 23 quarters, and the current per-share distribution on its common stock is $0.0449 per month, or $0.5388 per year.

Farmland Partners Inc. is an internally managed real estate company that owns and seeks to acquire high-quality North American farmland and makes loans to farmers secured by farm real estate. As of the date of this release, the Company owns approximately 155,000 acres in 16 states, including Alabama, Arkansas, California, Colorado, Florida, Georgia, Illinois, Kansas, Louisiana, Michigan, Mississippi, Nebraska, North Carolina, South Carolina, South Dakota and Virginia. We have approximately 26 crop types and over 100 tenants. The Company elected to be taxed as a real estate investment trust, or REIT, for U.S. federal income tax purposes, commencing with the taxable year ended December 31, 2014.

The Income Factory®: Creating Your Own Growth Through All Sorts Of Markets

We present a list of favorite funds from our model portfolios for readers looking for some ideas to get started with.